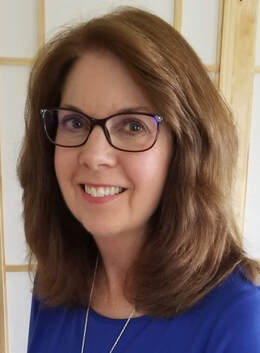 About Me:
Intuitive
Akashic Records Reader
Certified Advanced Soul Realignment Practitioner
Certified Body Code Practitioner
Certified Emotion Code Practitioner
Psychic Medium
Certified Reiki Master
﻿I am committed to helping you find answers to your life’s questions by digging deeply into your Akashic Records.  I offer you an opportunity to learn about the Divine nature of your Soul and how, through choice, you have been the creator of your own experience, shaping and molding it over the course of many lifetimes.  You will also learn that, through certain choices, you have unconsciously created Blocks and Restrictions, Root Belief Systems, Trapped Emotions and energetic imbalances which may currently be limiting you physically, emotionally, mentally and spiritually from truly following your soul’s path and purpose.  The energy of the Records provides you with that awareness and clarity and will empower you to work together with me and your Akashic Guides to energetically release and clear those negative influences.  This Healing Shift provides the opportunity for you to make new choices which are in alignment with your Divine Soul Blueprint so that you can become the powerful creator of the abundant life that you are here to experience.

To find more information on these healing modalities, please click here:  My Services.

More about Debbie:
I have been a spiritual seeker my whole life but it wasn’t until my mid-50’s that I really started to become aware of who I truly was.  And when my intention to follow this new path wherever it lead me became strong enough, then my evolution began in earnest; to say the least!  I'm a good example of that old saying, “When the student is ready, the teacher will appear.”  And beginning with my first tentative steps on this journey, my teachers have been appearing, to take me from one level of awareness and learning to the next.

From the teachers who opened doors to my awareness, to those who gave me powerful healing tools and taught me how to use them, they have all appeared in perfect timing for the next portion of my path to reveal itself.


The speed with which I have been guided to discover, learn and integrate each of these wonderful intuitive and psychic abilities into my unique healing modality has been a powerful indicator for me that I am definitely following my true path.  And these healing tools have not only blessed my life in countless ways, but also have enhanced my ability to be of service to others.